On Monday, April 11, 2022, at 6:00 p.m., at the Cappella Farnese in Bologna, the fourth edition of the project "Bologna, the city of Events - Bologna Ambassador 2022 Award" was held, during which the twelve personalities who won the prestigious award this year were awarded.

Now in its fourth edition, the initiative is aimed at authoritative personalities from the academic, medical, scientific, professional, business and institutional scene of the city who are interested in nominating Bologna as the venue for a future conference or other type of event. The award is promoted by the Municipality of Bologna, upon the initiative of the Bologna Convention Bureau.

Thanks to their prestige and to their network of national and international relationships, the award-winning personalities can be spokesmen for the value of the destination and influence decisions in the choice of Bologna for important events, thus becoming real "Ambassadors" of the territory and contributing to improve the visibility of the destination and its scientific, cultural and economic development.
To support the city's Ambassadors, the Bologna Convention Bureau offers, free of charge, concrete services for the success of the event, such as the preparation of the candidacy documentation or the identification of spaces, the selection of the best suppliers, as well as activating and facilitating relations with local institutions and providing organizational, communication and economic support both in the candidacy phase and during the event itself.

In the last years Bologna has officially ranked in the Top100 among worldwide cities for the number of international events organized - at the same level of Istanbul and before Frankfurt, Venice - as well as in the Top5 in Italy. During the event were recalled the services that Bologna as a destination provides for organizers and promoters of events; it was also an opportunity to thank the protagonists who have excelled by dedicating themselves to the destination, i.e. the personalities who during the 2021 and 2022 years have achieved the important result of bringing to Bologna national and international congresses or events with at least 500 participants.

Contextually to the awarding of the Ambassadors, a great news was presented, that is "Bologna Welcomes Events", the incentive plan for event organizers. With this initiative, the Municipality of Bologna dedicates a fund of 500,000 per year for three years to the congress sector for the post-pandemic recovery and wants to offer contributions designed to facilitate the realization of major events in metropolitan Bologna for the years 2023-2025, with the aim of stimulating the organization of congresses and events in the destination, involving highly qualified local operators. 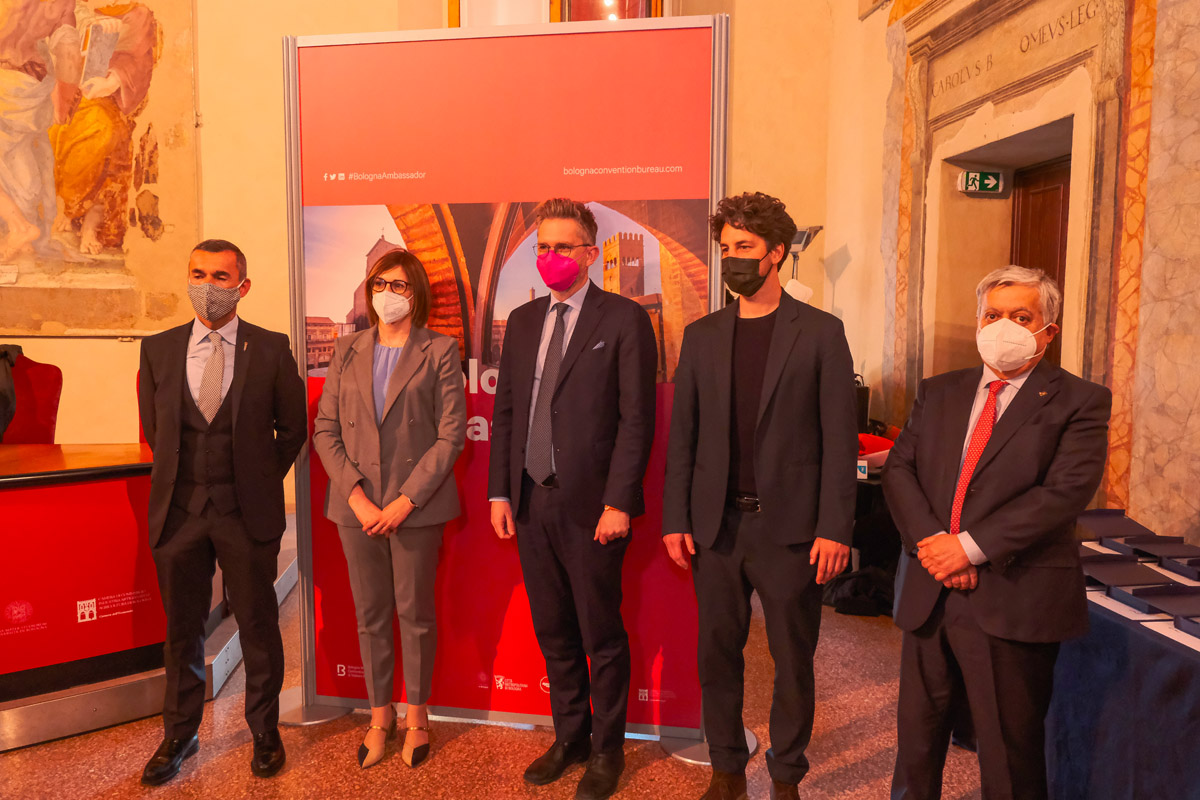 Below are some brief excerpts from the institutional speeches:

In conclusion, the awarding of the twelve Bologna Ambassadors 2022.

Here are the names of those awarded with this prestigious recognition:

Promoter of the event:
Summer talks in Bologna on Pediatric and Congenital Cardiac Surgery 2022

Promoter of the event:
Summer talks in Bologna on Pediatric and Congenital Cardiac Surgery 2022

Promoter of the event:
International Meeting of the Psychometric Society - IMPS 2022

Professor of Hematology and Clinical Pathology
Catholic University of Rome

At the end of the award ceremony, the guests of the Bologna Convention Bureau were served refreshments by La Casona Eventi.

ICAR 2020+2 in Bologna: the post-congress interview

Davis Cup by Rakuten in Bologna: a great week of sport in September